Original Fw 190 Returns To The Skies – Her Spectacular Flight 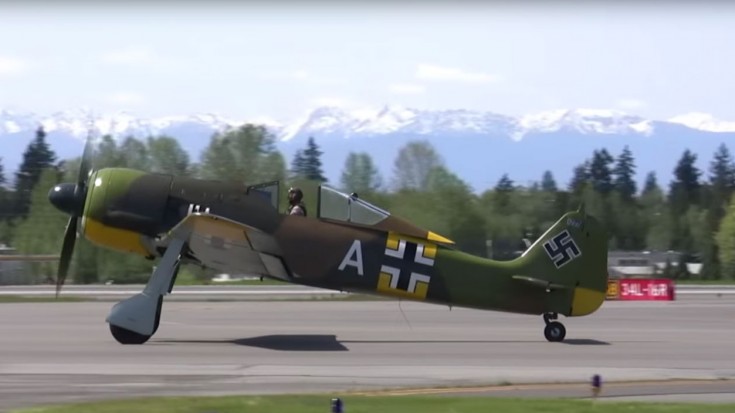 Microsoft co-founder Paul Allen has always held a passion for World War II aircraft and in 1998 he started several expeditions around the world in search of WWII-era planes to for a personal collection. Allen has acquired nearly 20 different types of WWII aircraft and hired specialists to restore them to as close to their original condition as possible. Paul Allen has always held a prominent reputation for philanthropy and humanitarian work, which led to him opening a public museum to display his newly restored planes called the Flying Heritage Collection.

“The painstaking process of restoring the Flying Heritage Collection’s aircraft sets them apart from all other aviation artifacts, each restored to a level of authenticity never attempted before. FHC’s team exhaustively researches and seeks out original vendors to reconstruct materials and components that have become obsolete. From cotton-coated wiring and lacquer and enamel paint to vintage cockpit furnishings and original radios that still operate, these planes are as authentic as is possible.”

The Flying Heritage Collection features aircraft from all sides of the war including three of the 24 remaining Focke-Wulf Fw 190 fighters in existence. Only one Focke-Wulf Fw 190 is capable of flight thanks to the amazing restoration work from Paul Allen’s team at the Flying Heritage Collection. The Fw 190 in the video below was found in an overgrown forest in the 1990s and now we see this fearsome fighter plane take on the skies again.