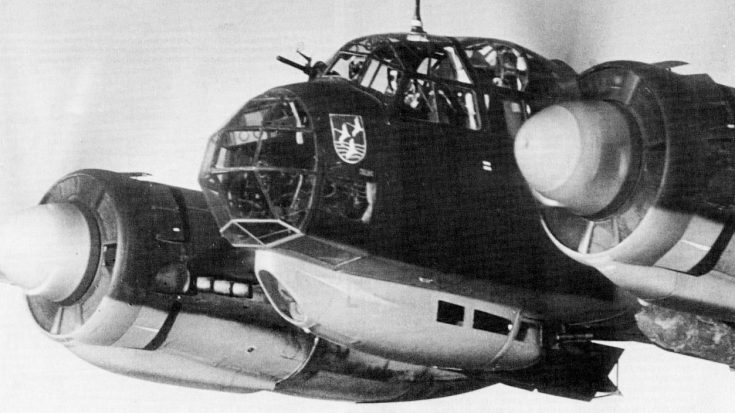 The Junkers Ju 88 was arguably the most versatile aircraft in the entire German Luftwaffe. From its introduction in late 1936 the Ju 88 served as everything from a bomber, heavy fighter, reconnaissance, night fighter and when things got desperate enough it became a flying bomb. However, out of all the roles, this plane had there was one that stood out among the rest, its role as the fast bomber.

The Ju 88 gained a reputation for its speed and ability to launch heavy bomb strikes against target areas. Enemy fighters were often unable to catch up to the speed of the Ju 88s as they decimated cities in huge numbers.

“In 1940 During the ‘Battle of Britain’, the Ju 88 fared better than most other German aircraft, but the war experience exposed a number of shortcomings and modifications were necessary. This became evident on October 9, 1939, when one Ju 88 had the dubious honor of becoming the first victim of RAF fighters. It was the best German bomber, but without fighter escort, it still suffered from heavy losses during missions originating from bases in Norway.”

Nearly 16,000 Junkers Ju 88s were produced during WWII for the German Luftwaffe. This lost archival footage shows just how impressive those numbers were during bombing raids against Great Britain.