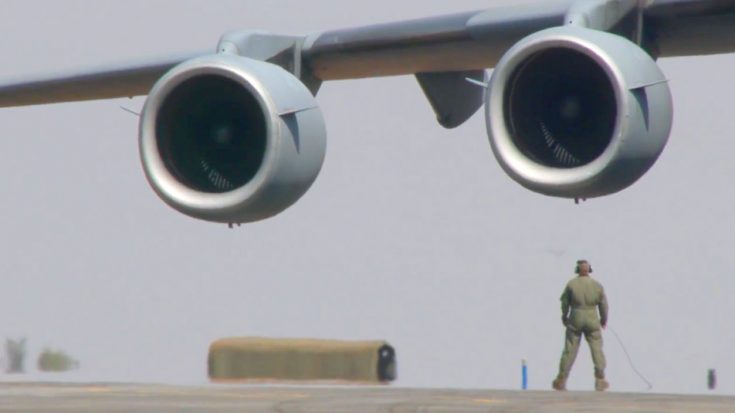 It has been called “the workhorse” of the Air Force, officially it is known as the Boeing C-17 Globemaster one of the biggest cargo planes around. A US Air Force Globemaster made a triumphant appearance at the Aero India Air Show and blew away the crowds.

This workhorse has been known to carry multiple military vehicles inside its cargo hull, hauling a maximum payload nearing 165,000 lbs. The C-17 has room for up to 100 passengers and fly at a range of 2,400 miles. The Globemaster has been operating since 1995 and is expected to keep flying for several decades.

“A high-wing, four-engine, T-tailed military transport aircraft, the multi-service C-17 can carry large equipment, supplies and troops directly to small airfields in harsh terrain anywhere in the world. The massive, sturdy, long-haul aircraft tackles distance, destination and heavy, oversized payloads in unpredictable conditions. It has delivered cargo in every worldwide operation since the 1990s.”

Jesper Rådegård is stranger creating beautiful films based on his passion for aviation. He takes his love of planes and crafts gorgeous films of their sheer power and beauty and this film continues his longstanding track record of bringing great planes to life. Rådegård has outdone himself again by capturing the colossal size of this US Air Force C-17 like never before.