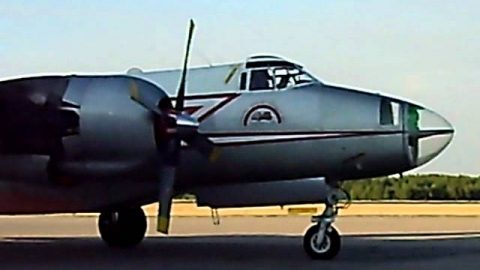 From Military To Civilian Use

A P-2 Neptune based in East Texas is seen here starting up to transport cargo a decade ago. These lesser-known planes are still remarkably well-designed and sound as good as the famous ones.

The Neptune was designed by Lockheed and had its first flight in 1945. What’s “weird” about this plane is its inability to do a carrier landing. Now that would have been perfectly acceptable, but P-2s were used for maritime patrol and anti-submarine warfare. If they were deployed from carriers, they had to land on a shore or a ditch after.

Still, it was the primary US land-based anti-submarine aircraft during the mid-60s. It was later replaced by the P-3A Orion but remained operational through the 70s. The Neptune was retired from military use almost 40 years after its first flight in 1984.