P-38 at Planes of Fame Looking and Sounding Awesome 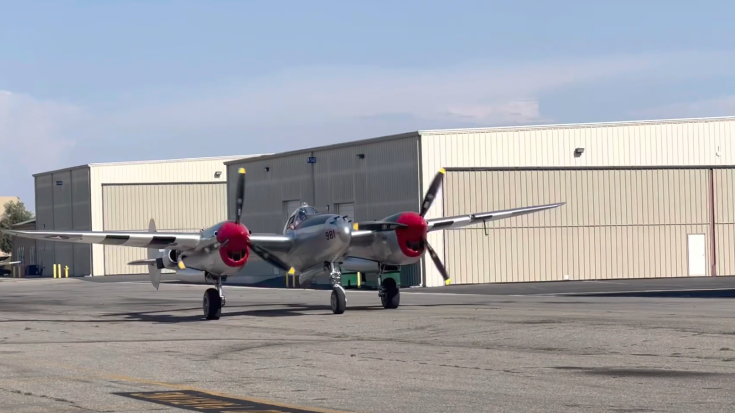 An iconic plane like the P-38 will always be a treat to watch, especially during startups and takeoffs.

In this video, you can see the different rotations that the propeller and its engine use. At first, the XP-38 had an inward-rotating engine before it crashed. Lockheed found out that outward-rotating propellers mitigated the effects of torque.

As Warren Bodie said in his book about the story of the P-38:

“Engine rotation was changed so the propellers rotated outboard, eliminating or at least reducing the downwash onto the wing centersection/fuselage juncture. By then, no doubt that the disturbed airflow, trapped between the two booms, was having an adverse effect on the horizontal stabilizer.”