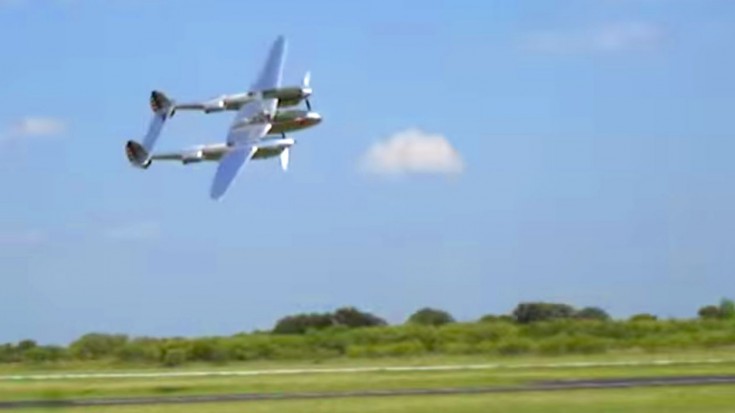 The P-38 Lightning was a very distinctive American fighter plane. Built by Lockheed in 1939, they were used for a number of purposes such as night fighting, bombing and photo reconnaissance. Because of its twin boom design, it was also used as a long-range escort fighter as external fuel drop tanks could be installed under its wings. Entering the war in 1941, The Lightnings saw most of the action in the Pacific Theater and the China-Burma-India Theater.

The Lightnings had mixed reviews by their pilots, as they were originally plagued with engine troubles. On the flip side, some loved their speed and rate of climb and became fighter aces flying them.

Although flight records were somewhat skewed, the official statistics show that P-38s made 130,000 sorties overall. In the Pacific Theater, they shot down just under 2,000 enemy planes, with over 100 pilots becoming aces during their service. One such pilot was Richard Bong, who racked up a staggering 40 confirmed enemy kills in his Lightning. This also made him the highest scoring American ace of World War II.