P-38 Lightning Flying Through The Mountains 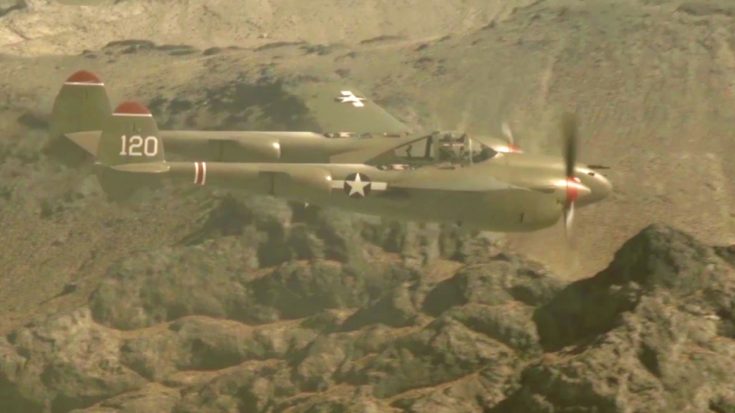 The United States has a powerful tradition of aviation in its military history. From the original fighters of the first world war, all the way up through fifth-generation stealth jets military aviation is constantly evolving. It is good to embrace the future but more important to respect your beginnings and there are few planes more influential than the P-38 Lightning.

In this historic fighter trio, we have a P-38 Lightning, an F-16 Fighting Falcon and an F-35 Lightning. One of the fiercest warbirds of WWII, the P-38 Lightning earned the name “Fork-tailed Devil” from the Germans because it was so effective at shooting down their planes. The F-16 has been called “the world’s most reliable fighter jet” and is used the by nations across the planet. The F-35 getting the finishing touches as its project moves toward becoming the USAF’s universal fighter jet.

Three generations of fighters take to the sky to strut their stuff in the heritage flight. Do yourself a favor and watch this clip to see the sheer skill of these pilots as they soar in precise formation.