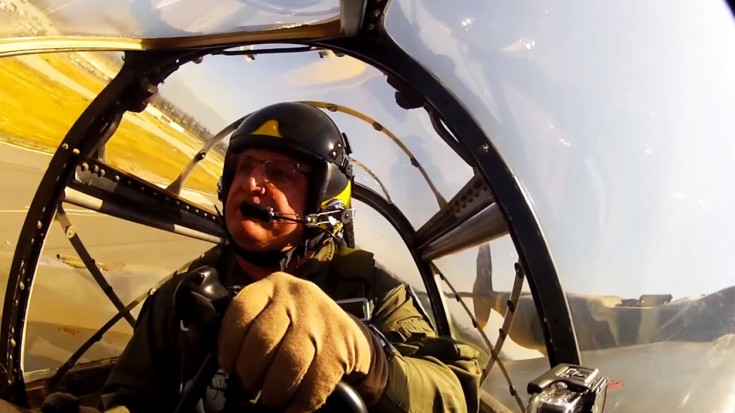 With only 9 airworthy P-38 Lightnings around the world, it’s always a real treat to see one flown like you will in this clip. Planes Of Fame in Chino, California, have provided all of us historical aviation enthusiasts with 23 Skidoo, which calls the museum her home. The Planes of Fame Air Museum has over 150 aircraft on display, including 50 in airworthy condition and ready to be shown off in the air.

Skidoo is actually a 1920s saying which means ‘getting out while the getting’s good!’

This awesome clip was shot at the 2015 Planes of Fame Air Show and features expert pilot Chris Fahey behind the yolk of the renown 23 Skidoo. This plane, numbered 162, is painted in honor of World War II ace pilot Captain Perry J. Dahl. Part of the 432nd fighter squadron stationed in the Pacific Theater, Captain Dahl was credited with 9 confirmed enemy kills and 1 damaged plane. The plane is marked with 9 victories under the canopy in indication of his victories and also sports very distinctive nose art, depicting a Native American throwing his tomahawk over the her name, 23 Skidoo.