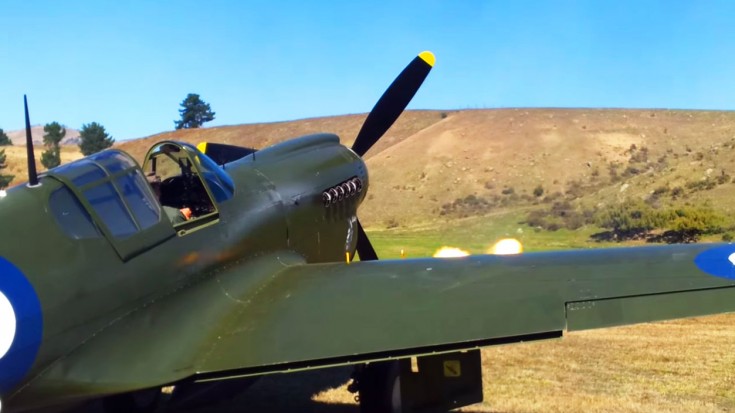 Those M2 Brownings Are Louder Than You’d Imagine

This spectacular footage was taken in New Zealand and features a P-40N Warhawk testing out her guns. Built in 1943, this Mk. IV’s name is Currawong and is now owned by the Garth Hogan/Charles Darby/The Kittyhawk Partnership. Although her paperwork is incomplete, records do indicate that she crash landed in 1944 and was fixed up, only to be abandoned for the next few decades. Between 1997 and 2000, she was rebuilt to airworthy condition, with her first flight taking place on March 17th, 2000.

The fire test for in this clip is awesome. Although you don’t get a high rate of fire, it’s so rare nowadays to hear these warbirds shoot anything at all. As a side note, this particular Warhawk is the P-40N Mk. IV, which was the final production model for this type of aircraft. Only 553 Mk. IVs were ever produced and we’re not only lucky to see one fly nowadays, but also to test out her guns.