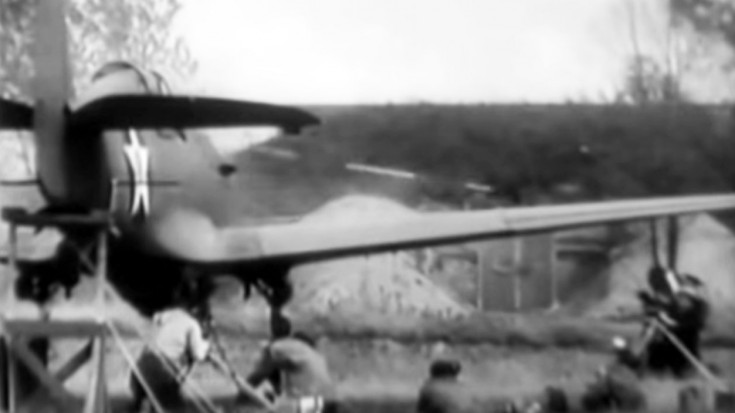 In this vintage World War II clip, the P-40 Warhawk is introduced to the public. Showcasing its fire power, it shows the pilot and mechanics adjusting the convergence on the firing range. Since nowadays it’s hard to find any World War II warbird firing live rounds, this 40s footage is quite a treat for us. It’s also interesting to note that this is most likely one of the earlier versions of the P-40 as it still had its nose mounted guns.

Adjusting convergence is another way of saying “aiming of fixed guns or cannons” as to make it more effective when shooting.

Deadly in the sky, Warhawks had a pretty good armament. Equipped with 6 .50 caliber M2 Browning machine guns with three on each wing, they were able to shoot 235 rounds per gun. The earlier versions up to the P-40D had only two guns on each wing however, they were also equipped with two .50s in the nose as well. This is the rare bird you’ll be seeing in this video.
Now that’s an awesome piece of history for you!