P-47 Pilot Played His Trumpet In Normandy Which Saved Lives 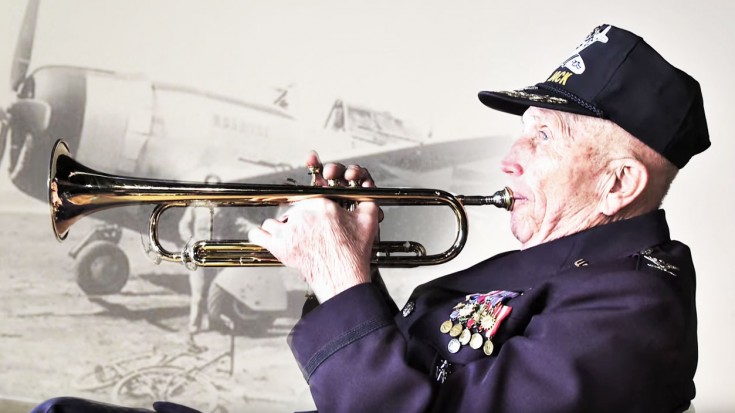 Jack Leroy Tueller, a veteran World War II P-47 pilot, tells one of the most touching stories we’ve heard in a long time. Two weeks after D-Day, Tueller’s squadron was set up in Normandy as one of the first fighter squadrons to go overseas. Seeing the bloodshed on the beach and beyond took a toll on him, but he always had his music to fall back on.

As he recounts, he took his trumpet with him wherever he was, including strapping it to his parachute pack in case he was shot down in his P-47 Thunderbolt. Now, that’s a dedicated fighter and musician if we ever saw one. On tough days, he’d take it out and play some tunes to ground himself, which is exactly what he did on that fateful day.

After a particularly bad day, Tueller went outside at night to play one of his tunes. His fellow soldiers advised him not to as there was one more German sniper in the area. Thinking the sniper is just as lonely as he was, Tueller played a tune that literally disarmed the sniper.

Watch this short clip as Tueller definitely tells this story with more emotion than we can write here. It’s truly an amazing tale.