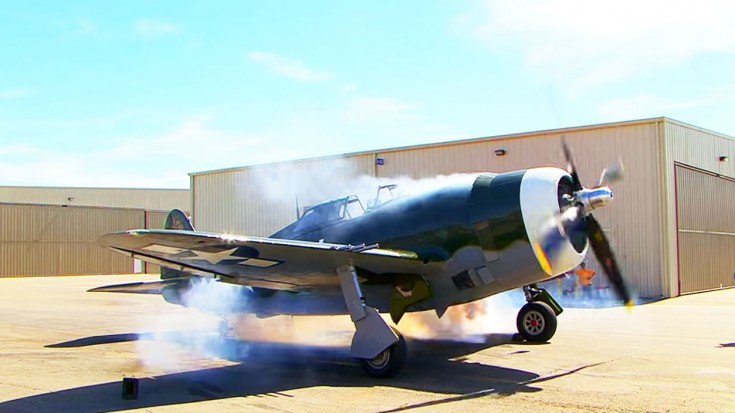 A Smokey Startup Wakes Up This Beautiful Warbird

Among all the Republic aircraft during the World War II, the P-47 Thunderbolt is quite possibly the most popular. This fighter-bomber’s first flight was on May 6, 1941 and is considered as the most powerful single pistol engine aircraft during the time. In terms of armament, 4 .50-caliber machine guns in each wing made this fighter a force to be reckoned with. In addition, this heavily-armed plane is capable of carrying  a large bomb load as well.

Here are some quick facts about this great warbird:

Its earlier versions had “razorback” fuselages while the later models increased rearward visibility for the pilot via a bubble canopy. Though its rate of climb has been criticized, it has an amazing dive speed and overall performance in high altitudes. “The Jug” as it was called, was one of the main fighters used by the United States and other Allied air forces as well.