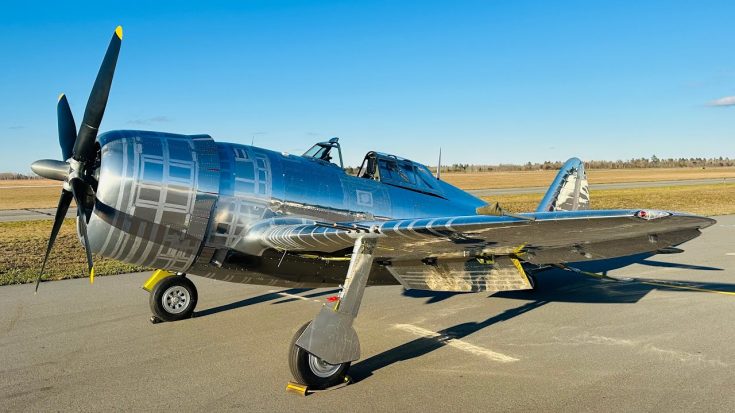 A Long Way Ahead

Before the restoration, the aircraft spent years abandoned somewhere in Dobodura before it was displayed at Girua Airfield in Papua New Guinea.

While on display, the P-47 looked more like scrap. Its engine, propeller, and vertical tail were missing, and the airframe was filled with holes. Still, the team behind AirCorps Aviation sought to restore the aircraft starting in 2016.

Today, the aircraft can be seen up and running with a new Pratt & Whitney R-2800 engine. In addition to its new engines, the aircraft has also been fitted with new propellers and an airframe. Check it out in action below!