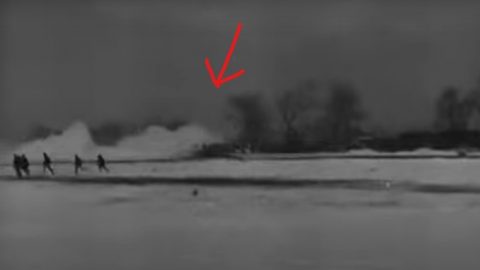 A fighter plane crashing was not a rare sight to see during WWII. However, this P-47D unfortunately lands into an airfield with crew members and planes parked on the field. If you were that crew member in front of the crash, consider yourself lucky.

The P-47D was a famous US Army Air Force fighter plane. What started out as a lightweight interceptor, quickly turned into a heavy fighter-bomber. Its max weight was reportedly around 17,000 pounds. The plane also flew with 10 5-inch rockets that way around 1,500 pounds and another 8 pieces of .50-caliber machine guns.

What we see in the video is a P-47D in its final moments. It was often regarded as a fairly sturdy and rugged plane, which enabled it to tank a lot of bullets without any real problems. This plane, however, has finally succumbed in battle.