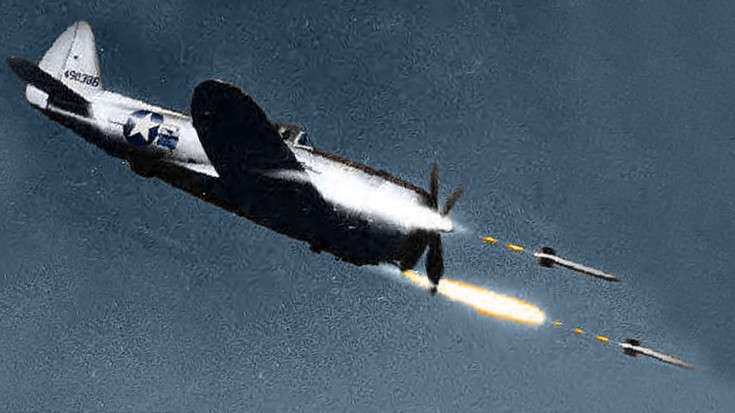 These Pilots Figured Out How To Get The Job Done!

This incredible gun camera footage is also narrated by a World War II pilot that took part in raids designed to destroy German tanks among other targets. In the footage, you’ll see a spray of lead coming at the Tiger tanks en route to their missions. Since

In the footage, you’ll see a spray of lead coming at the Tiger tanks en route to their missions. Since P-47s were equipped with eight massive 50 caliber M2 Browning machine guns, they were the perfect weapon to be used against them. Sometimes however, that was not enough as the tanks were heavily armored.

Almost 2,000 Tiger I & II tanks were produced by the Germans over the course of the war.

Tiger tanks were used heavily by the Germans as they were very effective due to their 8.8 cm rounds and armor that was anywhere between 25-120 mm thick. As you’ll hear from a veteran pilot himself, Allied fighters developed a strategy.

Since the tanks were heavy and needed much fuel to reach their targets, the big fuel tanks were located on the back of them. Pilots developed a strategy of aiming at the tanks trying to make them explode, rendering the tank useless.

As he points out, sometimes the fuel tanks would just fly off the tank, so they would swoop back around shooting near the tanks on the ground. Since the undercarriages were not armored, the fighters could guide the bullets from underneath by bouncing them off the ground.

Now that’s something you don’t hear much about!