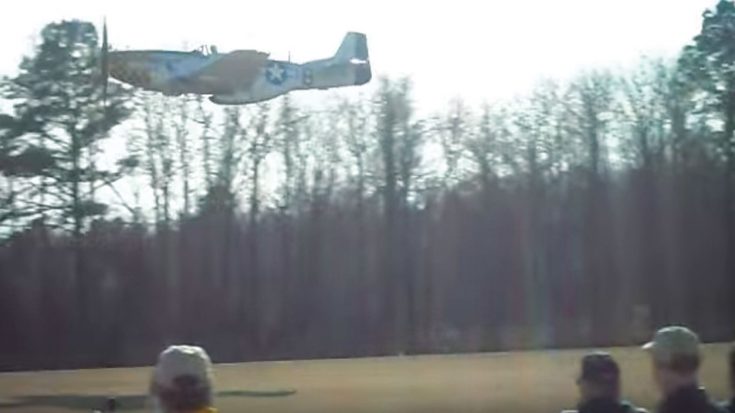 Meet Double Trouble Two, a sexy P-51 that looks and sounds great. She belongs to the Military Aviation Museum located in Virginia Beach, VA and after looking at their website, we have to admit our mouths were watering. They have an Me-262, a Mosquito, an Avenger and more than a dozen other aircraft. If you live near there, it’s definitely worth checking out.

This video was most likely taken at a small airshow or during flight testing. The crowd wasn’t too big and that’s the way we like it. No music. No announcers. Just a couple of aviation fans standing at the side of the runway feasting their eyes and ears on this beauty.

Although her origins are not known, Double Trouble Two was restored and named so in the summer of 2007.

As a side note, if you venture out to Youtube you’ll notice a lot of haters in the comment section. Sure, the camerawork is not the greatest but we’re sure James Cameron wasn’t filming it.

As one person pointed out, “what’s with the hatey statements here?? If you think you can do a better job filming a P-51 low level flyby, go do it yourself”