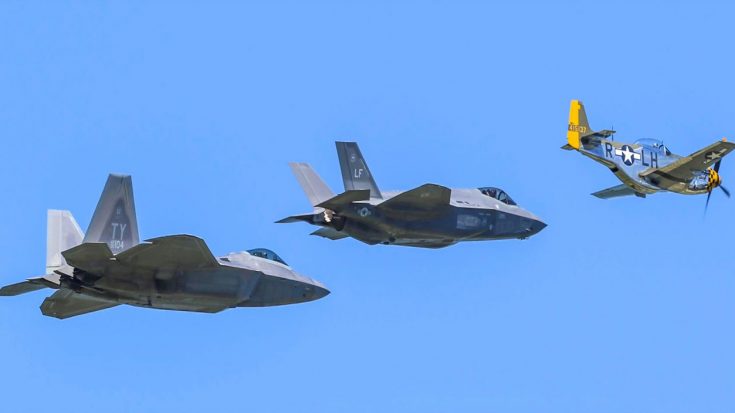 “In 1920, the idea of an Air Show first came to America from Europe when Joseph Pulitzer, publisher of the New York World, put up the money for a race on Long Island’s Mitchell Field. Pulitzer’s goal was to reawaken interest in aviation, which was suffering from post-WWI apathy.”

The Cleveland National Air Show is about embracing traditions as well as embracing the evolution aircraft. A heritage flight was put together made up of a P-51 Mustang, an F-22 Raptor and an F-35 Lightning. Tradition and evolution unite in the skies to showcase a love for aviation in all its forms. We are fortunate enough to have this footage from AirshowStuffVideos who delivers the clearest high-definition aviation film around.