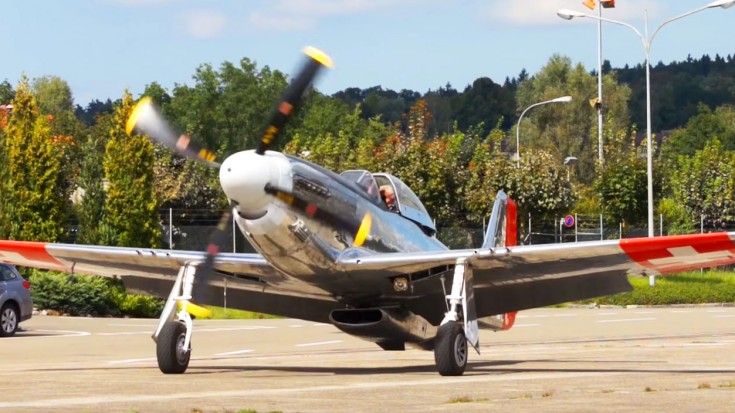 Turn Up Your Volume For This Merlin Too!

This P-5 Mustang designated J-901 is actually Lucky Lady VII! In 2014, the Swiss Air Force was celebrating its 100th year and they wanted this iconic aircraft to fly among their other fighters. For this reason Lucky Lady VII was repainted and dressed up in red and white displaying the Swiss flag. For the airshow, we got some great footage of the Mustang firing up her Merlins which you have to admit sound fantastic. Then, it’s nothing but pure action as the pilot does some great sounding low passes as well as aerobatics.

This awesome Mustang was used during the filming of the 1990 movie Memphis Belle.

With both interior and exterior shots, this video is really well put together. Although the later part is all about the Mustang, at the beginning we get some awesome shots from the cockpit looking over the wing. There, you’ll see an F/A-18 Hornet dressed up in her Swiss flag as well. You have to admit, that looks pretty amazing!

As for the star of the show (at least for us), this P-51 was built in 1944 and was shipped to fight in Italy. Whether she saw combat or not is not in her paperwork. After the war however, she changed hands multiple times until she finally wound up owned by Christop Nothinger, a Swiss pilot.