P-51 Mustang Collides With Another Plane 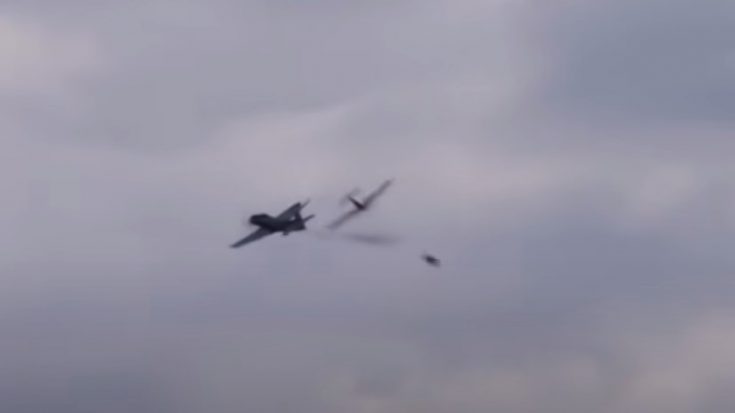 Here we see the unfortunate loss of the legendary Mustang, “Big Beautiful Doll”. The Mustang’s pilot was attentive enough to pull off his chute with 500 feet between him and the ground. Even though the loss of the warbird is sad, it could have been much worse.

This beautiful plane was adorned with checkered patterns on its nose and the tips of its wings. Its distinguishable pattern and color palette made it a spectacle in airshows.

The P-51’s pretty design wasn’t the only interesting part of this warbird. This Mustang was commissioned back in 1951 in Australia. After a crash on Philippine soil in 1973, legendary warbird pilot Ray Hanna purchased and restored the P-51 to its former glory.

It then became a hit in pop culture after getting featured in movies like “Empires of the Sun”, “Red Tails”, “Saving Private Ryan”, and others.