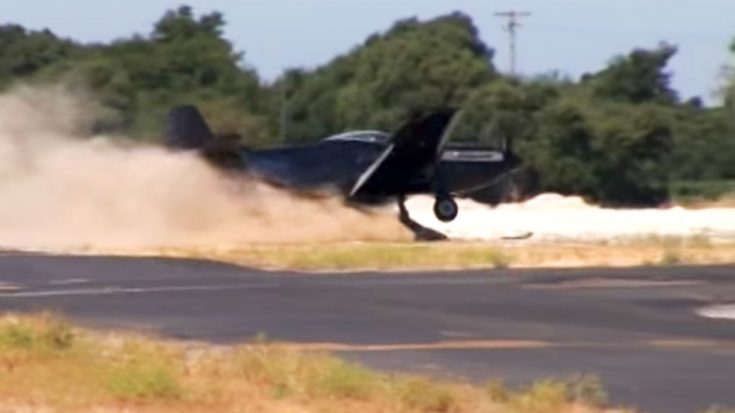 We’re not gonna lie. We’re not pilots so we can’t really smash this pilot for that landing, but after reading hundreds of forums about the topic, we know it was a bit overcorrected after a hard landing.

This P-51 Mustang, serial # 44-73079, belonged to Bill Dause according to the warbird registry. It was a legitimate Mustang built during the war, which was then delivered to the U. S. Army Air Force sometime in the 40s. As with many of these warbirds, it was sold as surplus in 1958 for pennies most likely, and ended up in Bill’s hands.

In the aviation world, this is called a “ground loop,” which is specific to tail draggers.

We’re not exactly sure if it was him who flew it that day, but either way, it was a rough one. Coming in a bit too hot, the pilot bounced the Mustang off the runway and was airborne again. Trying to correct the bounce, he overdid it a bit and ended up swinging around, going sideways and finally, striking his prop.

That’s pretty expensive but as they say, any landing you can walk away from is a good one.