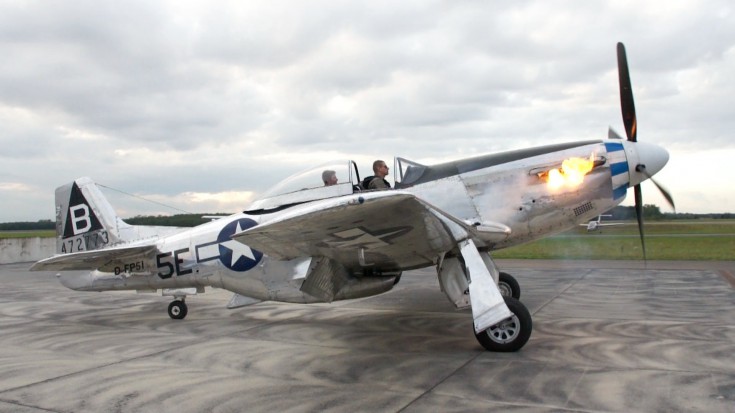 A one-seat fighter plane that could also act as a fighter-bomber, the P-51 Mustang was designed and produced by North American Aviation, specifically for the Royal Air Force (RAF). The first prototype was built soon after NAA and RAF agreed on a contract, in 1940. It took roughly another two years for its official introduction, in 1942. Although at first destined for the RAF, the P-51 was also used by the USAAF and then, later, by many other countries around the world.

The Mustang carried a Packard V-12 engine with liquid cooling, increasing its high-altitude performance. It had a wingspan of 37 feet and could take off with a maximum of 12 thousand pounds. It was able to reach an impressive top speed of 437 mph and climb up to 42 thousand feet. The fighter was equipped with six .50 caliber Browning machine guns and could carry up to ten rockets and two thousand pounds of bombs.

Used as escort for bombers, recon and high altitude fighter against the Luftwaffe, the P-51 Mustang became the go-to plane after the end of World War II as the USAAF’s main fighter in the Korean War. Soon after the 1950’s, the Mustang was replaced with better and faster aircraft but remained an active part in military aviation for decades to follow.