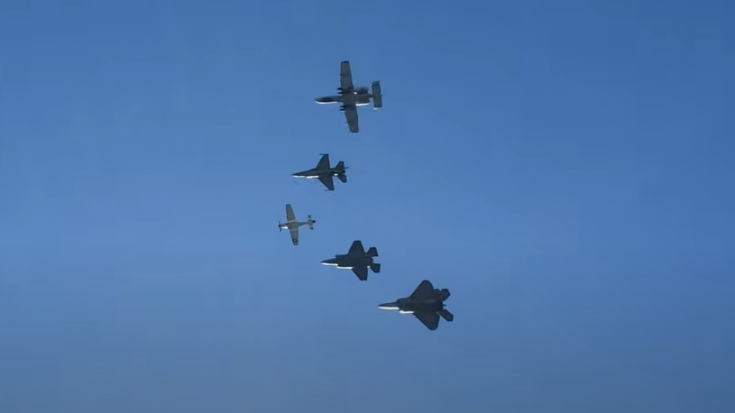 Some of our most beloved warbirds participated in the fly over of the national anthem during the super bowl. and what plane had to leave the way? Of course the legendary P51 mustang and arguably the best fighter plane of world war two. it was also a big treat to see the proven time and time again A10 warthog flying to its left. alongside with the F22 raptor and F35 as well as the F16. you actually didn’t get to see a lot of the fly over on TV, since the stadium is enclosed, but luckily a few fans pulled out their phones and we’re able to capture the fly over and we can get a pretty good look at the spectacular aircraft.