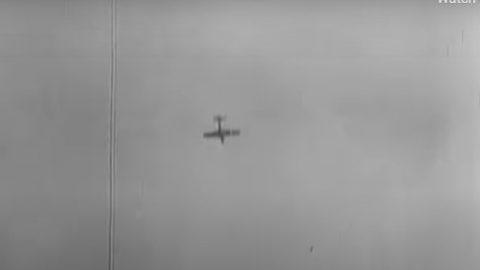 The Highs And Lows Of Air Combat

The P-51 ruled the low-altitude air combat operations during WWII. Its efficient low-drag cooling engine and laminar flow wings were ahead of its time. Due to its efficiency in speed and range, the British forces coined the term, “Mustang”. However, the Mustang had one big drawback. Because of its lack of a high-altitude supercharger, it was restricted to low-altitude operations.

On the other side of the battlefield, German AA guns were used to counter the Mustangs. As seen in the video, a team of AA units was seen operating a Flakvierling 38 to shoot down the plane. These AA units were made up of a team of gunners and a spotter. Meanwhile, the Mustang only needed one pilot to operate the whole plane.

The Flakvierling 38 used 20 mm shells in combat. Though primarily used for anti-aircraft operations, the Germans also used the Flak 38 against infantry. One notable use was during the Battle of Normandy.