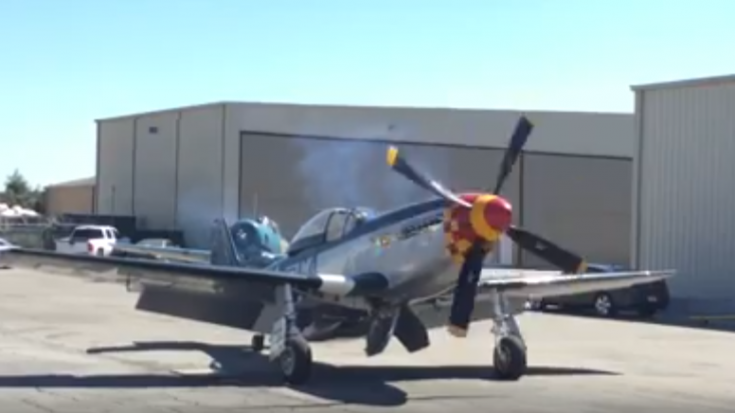 There’s always something about aircraft start ups that’s stunning. We all know how it was a force to be reckoned with during World War 2 and that perhaps adds to its overall appeal. It’s a real classic beauty but for aviation enthusiasts, it’s way more than just its ‘looks.’ It was already impressive when fitted with the Allison V-1710 engine although it didn’t exactly perform well at high altitudes. But the shift to Rolls Royce Merlin was a real game-changer.

“The Merlin had great gobs of power, and was equally at home high or low, thanks to a two-stage, two-speed supercharger.” – Bud Anderson

It was unstoppable. And seeing this gorgeous war bird decades after it was first produced, it will definitely take your breath away. This not-so-little beast in the sky is an absolute legend and let’s face it, we can all look at this all day long.