P-51 Mustangs in Action Over Korea 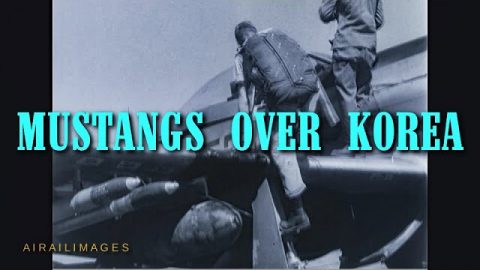 The North American P-51 Mustang fighter of World War II was a winner. It has a 400-mile-per-hour speed and can carry various ordnance under its wings.

When the American and Allied forces moved onto the Korean Peninsula, Mustangs moved with them. The ground attack was the forte of the F-51w over Korea. They wielded some bombs, 5-inch air-to-ground rockets, and devastating 50-caliber wing guns.

The Air Force acknowledged the vulnerability of liquid-cooled Merlin engines to ground fire, but still, Mustangs managed to deliver ordinances on targets from 1950 to the end of 1952.

Other Allied nations flew their Mustangs over Korea, ranging from the South Korean Air Force to Australia and South Africa. Some of the F-51s on the video have markings of the South African Air Force they flew as the number 77 squadron assigned to the US Air Force’s 18th Fighter Bomber Wing in Korea.