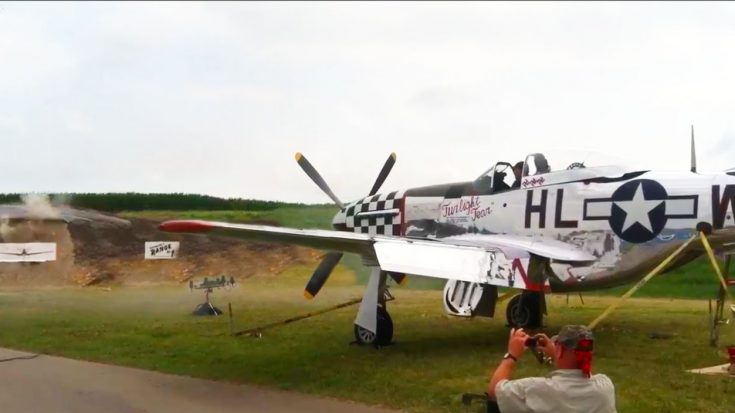 This short clip we found is just epic. It’s a fully restored, airworthy P-51 Mustang that’s been anchored down to test her 6 50 caliber guns. For those who follow us on a regular basis, you know that we’re on top of the newest videos when it comes to warbirds, and this is as new as it gets.

Now, there are not a lot of videos out there of P-51s testing their guns. As a matter of fact, there are only two and we showed you the only other one some three years ago. It’s actually of the same plane, namely, the P-51 called Twilight Tear.

We hopped over to warbirdregistry.org which is a site “dedicated to the preservation of the histories of those military aircraft that survived military service,” according to their site. Here, you can find some great information about vintage warbirds and in the case of Twilight Tear, here’s what we found.

Long story short as she changed hands many times over the years, but was originally built in 1944 at the North American Aviation at the Inglewood Plant in California. She actually flew with the 8th Air Force and then was transferred to the Royal Swedish Air Force in 1949. After that, she was in storage, at museums and eventually ended up at the Fighter Collection in Duxford, UK.