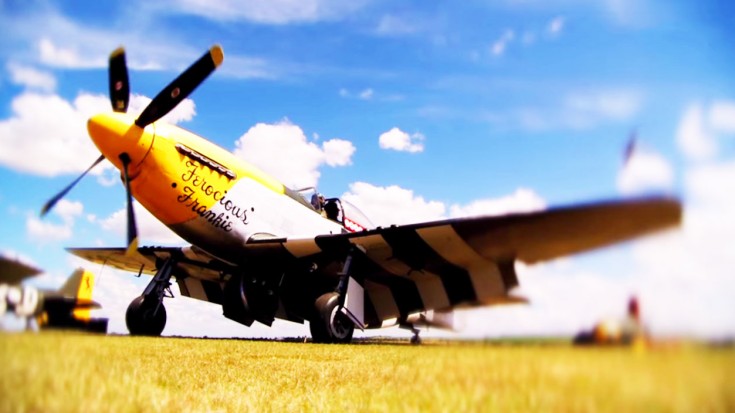 The P-51 Mustangs are the United State Air Force’s pride and joy. Serving as a long-range fighters, bombers and bomber escorts, the Mustangs became famous for their role in World War II as soon as they appeared in the air. Aside from their firepower and dogfighting capabilities, the Mustangs had an amazing range of over 2,000 miles, making them the perfect escorts for bombers taking long missions. Able to achieve speeds of over 400 mph, these flying wonders were not a welcome sight for enemy planes.

This particular P-51 changed many hands after its stint in the war, and eventually ended up owned by The Fighter Collection. Given a complete overhaul, it was given the name ‘Ferocious Frankie’ in honor of Wallace E. Hopkins wife. Hopkins was a World War II pilot who flew 76 missions and shot down 8 Luftwaffe fighters.