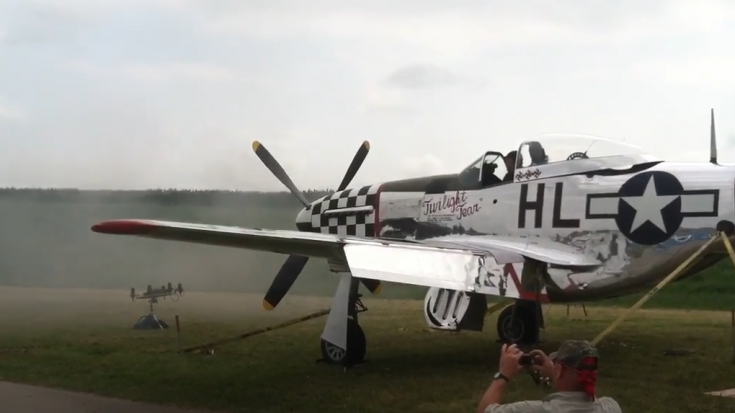 This short clip we found is just epic. It’s a fully restored, airworthy P-51 Mustang that’s been anchored down to test her 6 50 caliber guns. For those who follow us on a regular basis, you know that we’re on top of the newest videos when it comes to warbirds, and this is as new as it gets.

Now, there are not a lot of videos out there of P-51s testing their guns. As a matter of fact, there are only two and we showed you the only other one some three years ago. It’s actually of the same plane, namely, the P-51 called Twilight Tear.