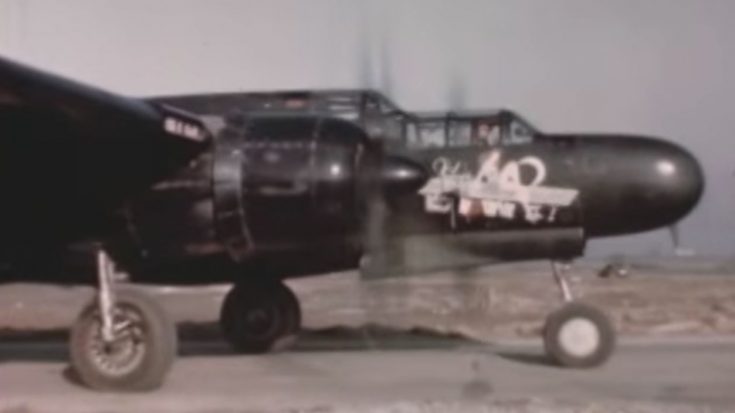 What are the odds of stumbling upon this rare gem of a video?

It’s an iconic war plane because it’s the first American combat aircraft designed to use a radar and for night-fighting purposes. It was lethal and extremely capable BUT it arrived rather late, in mid-1944 where there were few targets left. For that reason, the Northrop P-61 Black Widow wasn’t able to boast huge numbers of destroyed enemy planes but it packed powerful armaments: four 20 mm (.79 in) Hispano M2 forward-firing cannons AND four .50 in (12.7 mm) M2 Browning machine guns. It can operate even in total darkness and could shoot down fighter planes and bombers. It saw action in the European and Mediterranean Theater and though it has a crew of three (pilot, gunner and radar operator), they didn’t always fly as a team which is why the number of kills credited to the pilot and radar operator vary. For example on some missions, the radar operator with less than five kills could fly with an ace fighter pilot.