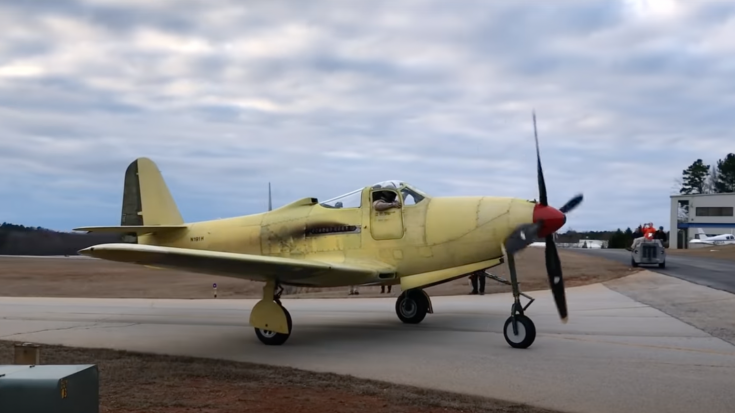 It’s been more than four decades since this P-63A had the opportunity to fly.

This Kingcobra was made in the early 40s and was mostly used for flight test modifications and air shows. It retired in 1984 and was put away in a hangar for a long time.

The Commemorative Air Force decided to restore it in 2002. The restoration took about 16 years before it was airworthy again.

On January 9, 2017, it finally got its certificate of airworthiness. Its first flight was delayed again and again due to different problems. Finally, the weather conditions on February 18 were suitable for flying and the plane was cleared for takeoff. For the first time in almost half a century, this Kingcobra soared once more at Peachtree, GA.

It’s always a pleasure to see such a rare warbird take to the skies once again. What a great achievement this was by the volunteers of the CAF Dixie Wing.