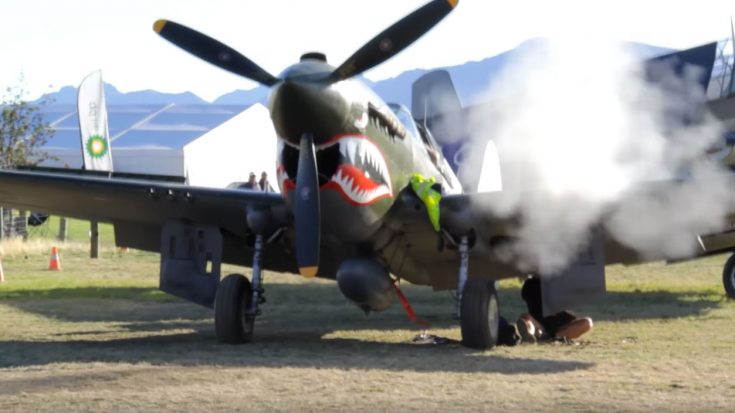 I lost count as to how many times I watched this. Everything is perfect – from the sweet, sweet sounds to the rattling. What I would do to see this in person! It’s like getting close to a piece of war history. Of course, this one’s a legendary aircraft and for good reason. Besides, it’s no wonder it was in the frontline service throughout World War 2. And aside from the North American P-51 Mustang and the Republic P-47 Thunderbolt, this was the next most-produced fighter in the US.

Fun Fact: In high altitude combat, the P40 was considered inferior to the Luftwaffe fighter planes Messerschmitt Bf 109 and Focke-Wulf Fw 190 Würger. Although it was rarely used in the Northwest Europe, it played a significant role in the operations in the North Africa, the Southwest Pacific, and China Theaters respectively.

Anyone who loves classic warplanes will love this clip for sure. So sit back and enjoy. Just don’t put your headphones on max volume!