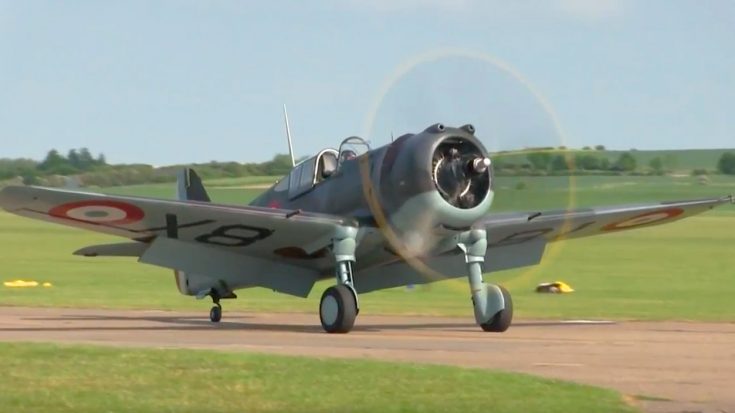 The Duxford Air Show has a long history of celebrating the finest aircraft of World War II. Sponsored by the Imperial War Museum, this air show brings out amazing vintage warbirds. Aside from the static displays, people come from all over to see the aerobatic shows like the incredible Pacific Warbirds.

Duxford may be in the UK, but their American Show really brought big crowds to see the planes that saved the world. The warbirds lined up for this performance include a Curtiss Hawk 75, Vought FG-1D Corsair, Curtiss P-40F Warhawk and Grumman FM-2 Wildcat.

“Dynamic flying displays combined with evocative living history and veteran’s voices to show the impact of the American forces on Duxford and the eastern region in the First and Second World Wars, a relationship which developed into the Cold War and the present day.”

It’s safe to say that the Pacific Warbirds really know what they are doing. One by one they take their warbirds into the air and then line up in a stellar formation, captivating the audience as they fly. Don’t just take my word for it, see this astonishing film from Rob Hayton that captures these planes in their full glory.