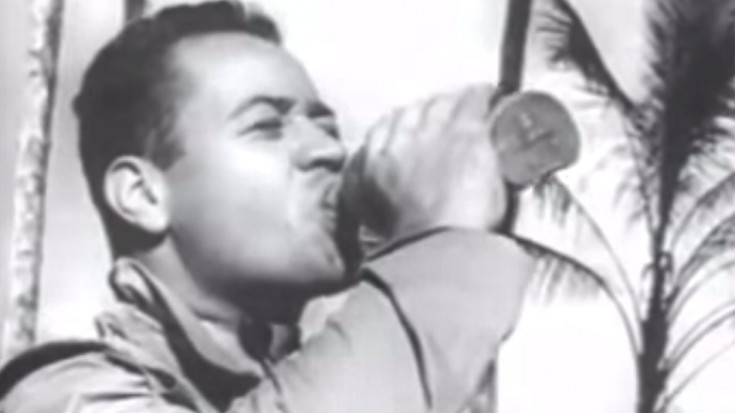 Black Sheep Squadron Leader Tells A Bit About His Experience

Gregory ‘Pappy’ Boyington was born on December 4th, 1912 in Idaho. He took his first flight when he was just six years old, so it’s no wonder he developed a passion for flying.

After graduating from the University of Washington, he became a draftsman and engineer for Boeing. After a year, he enrolled in the Marine Corps to get his wings and get up in the air to join the fight. Climbing up the ranks, he eventually ended up part of the AVG, or the famous Flying Tigers in 1941.

“Pretty rugged place…they’d half starve you…they’d hit you with a ball bat or in your face with their fists. It was mighty uncomfortable.”-Gregory ‘Pappy’ Boyington

By 1943, Boyington rejoined the Marine Corps and ended up the commanding officer of the Black Sheep Squadron. There, he became known for skillfully piloting one of the best World War II fighter planes, the Corsair.

In a span of 32 days, he shot down 14 enemy fighter planes, climbing to a total of 26 by the end of his last mission. On January 3rd, 1944, he was shot down over the Pacific but survived the crash. He was picked up by a Japanese submarine and then imprisoned for 20 months until the end of the war.

This is what he had to say about it.