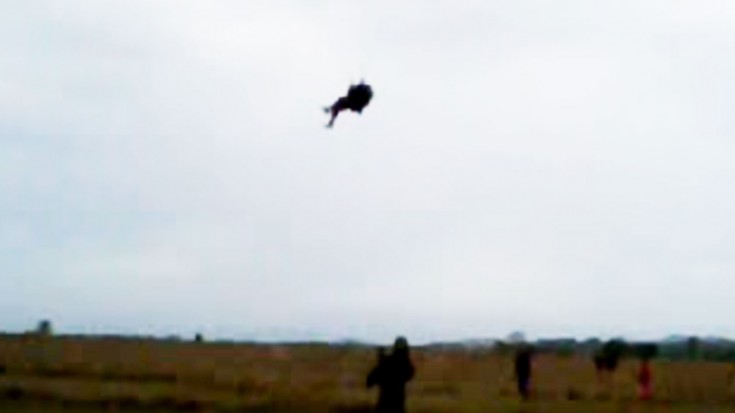 “Lucky” Is The Only Word That Comes To Mind.

This incident took place some years back, but it doesn’t make it any less insane. After exiting and having their parachutes deploy successfully, two of the Airborne Troopers in the video got the chutes tangled up. Although after some time they pulled away from each other, one of them looked like his lines were snagged. He then did something no one expected.

Although he was descending quite fast he wasn’t free falling as his main canopy was partially inflated. He did decide to cut it, although he was way too close to the ground by any standard.

Once he cut it, you’ll see that he immediately started picking up massive speed and from the video’s description, deployed his reserve only 30 feet from the ground. It was just high enough to slow him down enough not to shatter his legs.

Watch the video and see for yourself. If you have comments, let us know. We’ve done some skydiving ourselves, so we know that if you’re below 1,000 ft., it’s recommended that if your main canopy is shot, you should deploy the reserve on top of it just to have more coverage above you. Maybe in the military that rule is different.

Let us know your thoughts.