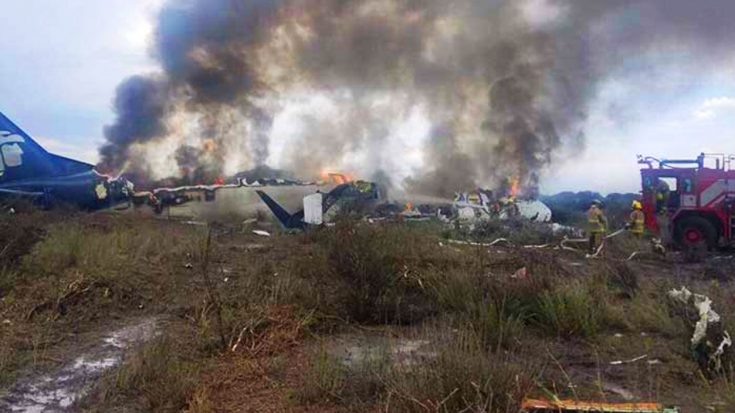 On Tuesday, July 31st, 2018, an Aeromexico aircraft departing from Mexico City crashed only a mile away from the end of the runway. Out of the 103 people on board including the crew, 88 were hospitalized, 2 badly injured, but nobody died.

A video from the inside of the plane emerged today showing what the crash was like and what lead up to it. Although an official investigation is pending, many passengers onboard said that the weather was really bad.

“The higher up we went into the storm the heavier the hail got and more wind got to us. Then all of a sudden the plane starts rocking and it starts seriously, seriously moving around and then hitting the ground.” | Alberto Herrera-Survivor

As soon as the aircraft left the ground, everyone said the aircraft started rocking as it got hit by hail. Then, as you’ll see in the video, there was a loud rumble and the aircraft crashed.

The aircraft first hit the ground with its left wing tearing off the engine and subsequently the other, starting a fire. People trying to escape said the fire made the wing exit doors impassible so everyone scurried out the front and the back and luckily got out.

Initial reports state the pilot tried to abort the takeoff but made the decision too late leaving him no choice but to get his wheels off the ground.