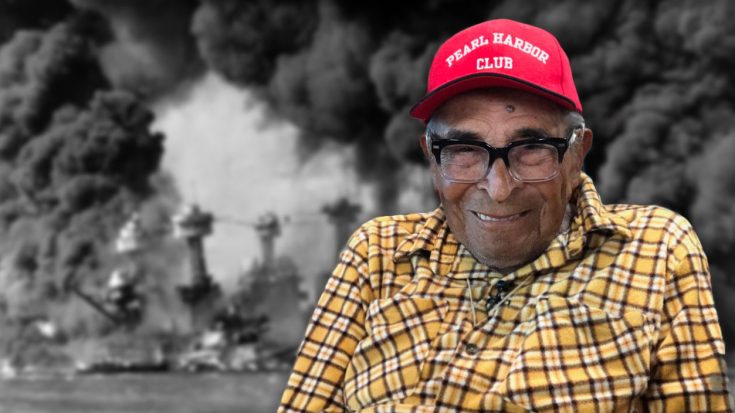 Just at the heels of the 77th anniversary of the attack on Pearl Harbor, Ray Chaves, a 106-year-old veteran of that day and beyond, passed away peacefully at his home in Poway, California. He is survived by his daughter Kathleen.

Ray was born in San Bernardino, California in 1911 and grew up in San Diego. He joined the United States Navy in 1938 at the age of 27 and was served on USS Condor stationed at Pearl Harbor. It was only three years into his service that Imperial Japan attacked the harbor.

That morning, Ray’s crew found a Japanese midget submarine which they tried to sink by dropping charges and after his shift, went home. A few hours later Pearl Harbor was on fire.

He then spent over a week helping with the carnage of what happened, later deploying to the Pacific transporting Marines and their equipment. He retired at the rank of chief right after the war ended in 1945, his daughter stating that what he saw during the war made him shake uncontrollably for three months after his service ended.

His close friends said Ray was the epitome of the “greatest generation” and was always proud to be an American.

Rest in peace Ray and thank you for your service to our country.