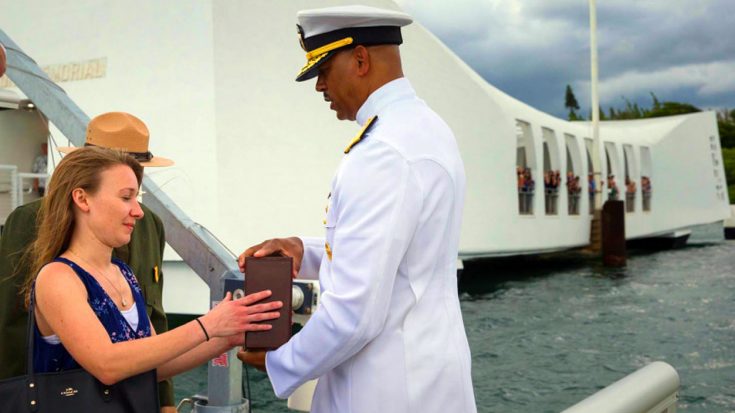 Raymond Haerry was one of the last men alive who served aboard the USS Arizona when it came under attack by the Japanese Navy. Sadly Haerry recently passed away at age 94, leaving behind a legacy of heroism from surviving that fateful day. But he had a final request before leaving this world, to have his remains placed aboard the USS Arizona with his fallen shipmates.

On December 7th, 1941 Raymond Haerry was a 19-year-old crewman aboard the USS Arizona just doing his job. Suddenly the Japanese Navy launched their assault on the Pacific fleet stationed there, killing over 2,400 Americans. An explosion aboard the Arizona hurled Haerry into the water where he swam through a barrage of bullets and flaming oil to safety, found a gun and began defending as best he could against the attack.

“Raymond Haerry, even in the last days of his life, decided he was going home, going home to the USS Arizona.”

Over 1,000 of his friends were trapped aboard the sunken battleship and Haerry knew full well that he wanted to be among them when his time came. Now among friends and family, his cremated remains are placed inside the legendary warship. For Raymond Haerry this is not death, this is immortality for a fallen hero.