People Lose It When A B-2 Flies By Randomly 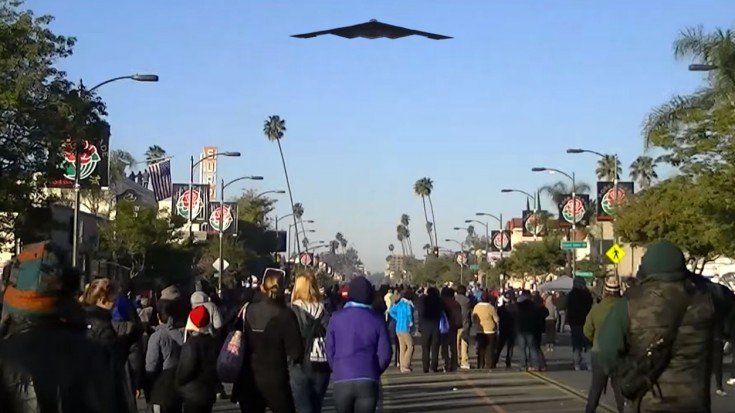 Life isn’t always perfect, but sometimes it does throw you a bone here and there. It can come in many forms such as money or some sort of good luck, but sometimes it’s just pure entertainment. As you’ll see here, some people got a really nice treat from above in the form of a B-2.

We dug around a little bit as we often do and we figured that this took place in Pasadena back in 2015. It seemed like people were just walking around during a parade as we noticed that the street was fenced off and people were walking in the middle of the road. We’re not sure of the occasion, but it definitely looks like something was happening around there.

Although considered stealth, you can see the B-2 plain as day.

The point is that whether there was a planned air display or not, people seemed really surprised when they looked up. Above them was the famous B-2 Spirit, a bomber unlike any other. Most of us have never even seen one, so being able to do so must have been awesome for these folks!

The whole crowd started cheering in unison when the B-2 was directly above them. A couple people were actually laughing as if their dream came true, which is definitely something we can relate with. Enjoy the video!