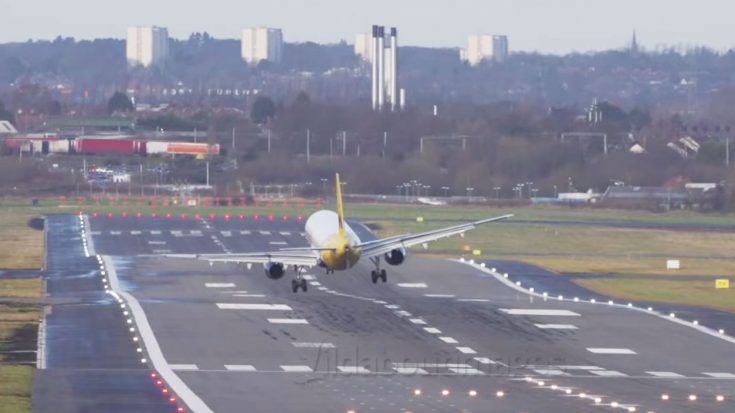 There Are Hours Of This Footage On The Internet.

Yes, we all love warbirds here at World War Wings and military aviation in general, but let’s be honest, who doesn’t mind a crazy commercial airliner video here and there. From test flights that make 787s do crazy maneuvers to crosswind landings, we tend to find anything that’s noteworthy.

This brings us to this here video, although we did get some help from you, our fans. A few months back we showed you a pretty gnarly crosswind landing of a Delta Airlines flight. Yes, the pilot was crabbing like crazy but toward the end the wind hit his wing and it got really shaky really fast. They were of course, ok in the end.

Does anyone know why that runway is so damn wavy?

Although we got tons of comments and traffic on that post, many of you told us that that’s nothing compared to Birmingham International Airport in England. Not only are the winds there pretty strong on a regular basis, the runway is pretty bumpy. As you’ll see here, all the pilots are doing a good job landing (as they should of course), but being a passenger with little to no aviation knowlege could be a bit scary.