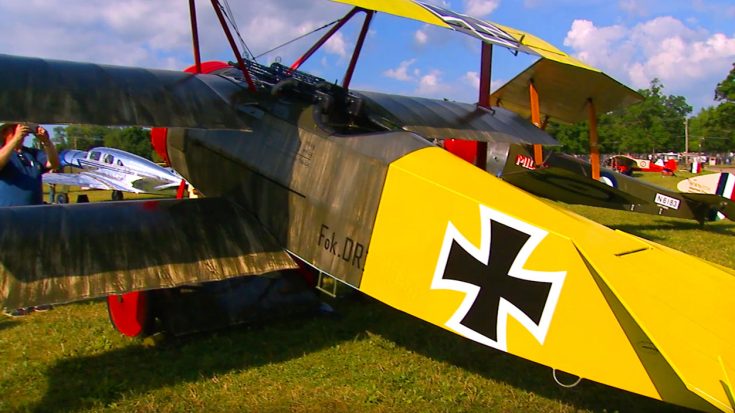 The War To End All Wars.

From advanced weapons to supersonic speed, fighter jets had come a long way since their humble origins 100 years ago. It is hard to believe that aviation has come so far in a century, but many of those advances are thanks to the fighter plane. The guys at the Experimental Aircraft Association have brought in some of the most well-preserved WWI aircraft, the era where the fighter plane was born.

Planes made huge strides in the few years since the Wright Brothers made their first flight. However, it was World War I that motivated the world of aviation to outpace their enemies. Originally planes were used over WWI battlefields for reconnaissance, soon pilots began using pistols and rifles to take aim at hostile targets. It didn’t take long before they realized that this practice would more likely to harm the pilot than the intended target.

A French pilot named Roland Garros got the idea to attach a gun to his plane and reinforce the propellors with metal plates so they would resist damage. His invention was short lived and he soon found himself behind enemies lines and captured by the Germans. Garros’ plane was taken to the factory of engineer Anthony Fokker and within 24 hours he had developed an “interrupter gear” which allowed bullets to fire only with the propeller blades were out of the way.

This gave birth to the first fighter planes and a German dominance of WWI known as The Fokker Scourge. From there it became a back and forth rivalry to develop fighters to destroy the competition, a practice that continues a century later. So take a look at some of the best preserved WWI fighter planes in this short film from the Experimental Aircraft Association.