Pilot Bails Out Of Corsair During Air Race 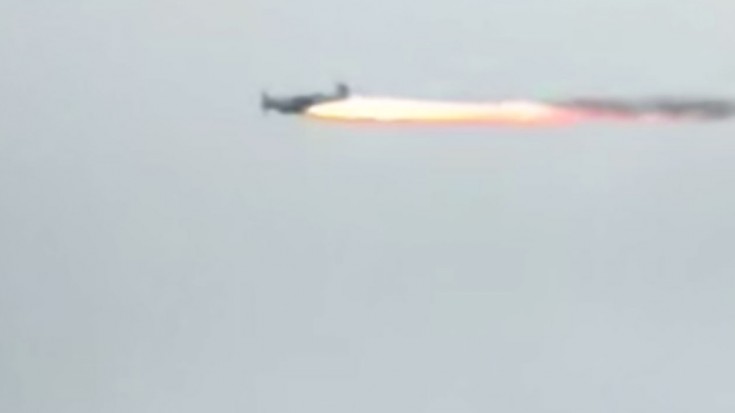 This footage was captured over two decades ago. A souped up FG-1 Corsair, piloted by Kevin Eldridge, caught fire during time trials at the 1994 Phoenix 500 Air Races. The pilot and crew were all experts in their fields, checking the Corsair before the race. Everything looked good. On his third lap however, Eldridge noticed a slight vibration so he brought the power down.

They’re not going to tell you to bail out unless you really have to bail out. And with 150 gallons of fuel between me and the fire, you know…?”-Kevin Eldridge

The vibration remained so Eldridge and his crew figured he started to burn a piston. At that point, the Corsair flat out caught fire. His crew on the ground told him to bail, meaning, there was no hope for saving the plane. A seasoned pilot, he bravely remained in the cockpit for some extra time to fly it away from the spectators and put it nose down before bailing. As you’ll see, it was quite a spectacle. The Corsair unfortunately exploded on impact and Eldridge suffered many injuries, but recovered and kept on flying.