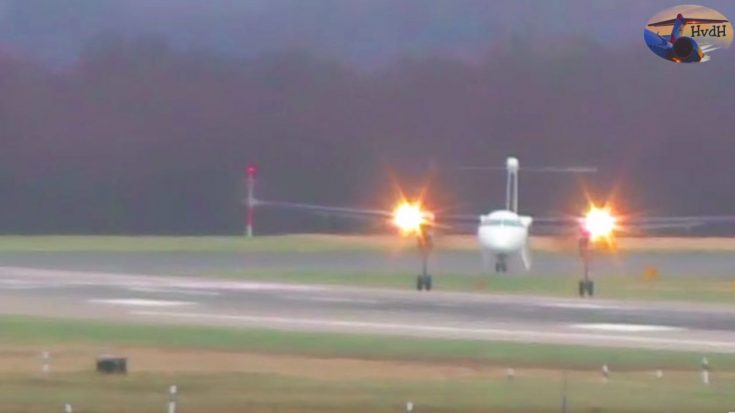 Actually, A Case Of Beer Would Be More Appropriate.

Small aircraft and high winds are sure to make you pucker up when coming in for a landing and this footage is absolute proof of that. This pilot probably didn’t have a choice to go around but at the end of the day, pulled off quite a nice landing considering the circumstances. Now, we know crosswind landings are basic standard procedures, but not like this. This is another caliber of a crosswind landing.

Captured by a plane spotting channel called HvdH-Plane-Spotter, this German aircraft was flying from Bologna to Dusseldorf. Encountering some heavy winds that were prevalent at the time because of Storm Friederike, there is a general consensus that the pilot’s skills are what made this a success story and not a tragedy.

The reasons are apparent in the video. Crabbing is one way to fight crosswinds and its done all the time, but the winds were so fierce the crew had to do it twice. The first time, the plane straightened out and got blown up again followed by a massive dip. During that time, he “re-crabbed” and put the plane down relatively gently especially when comparing it to the last ten seconds of the flight. We can’t imagine what was going on in that cockpit.