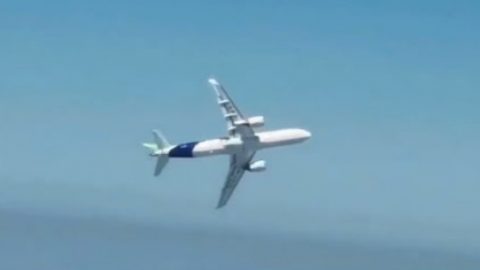 A Daredevil Pilot Shows Off

This pilot shows off his excellent control skills when operating a commercial plane. Piloting a big aircraft like a commercial plane like it was a fighter jet is no easy task. Usually, these pilots have had a lot of rigorous training to pull it off.

Here, we see how effortless he does it with just a quick but calculated movement of his hand. He didn’t even flinch when doing it. He was as cool as a cucumber! You can see how impressed he is with himself when he flashes a quick smile after pulling it off.

It also has to be noted that these commercial planes weigh sometimes almost triple that of a fighter jet. But his cool demeanor makes it not look that way as the plane turns 90 degrees like it was on the way to battle.