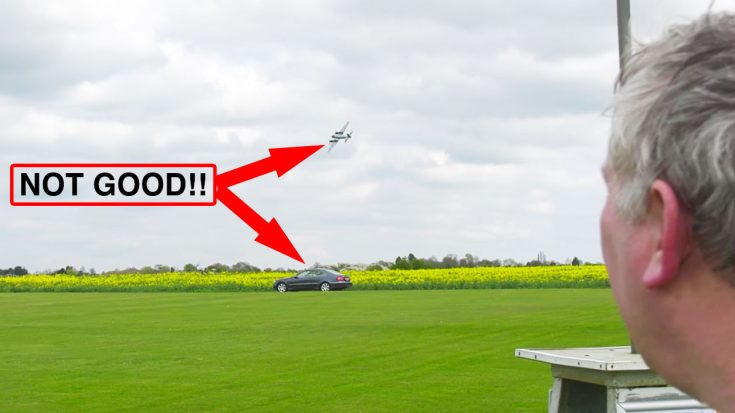 Building a model like the one you’re about to see in this video takes many things. Time. Effort. Skill. Money. All put together, in order to make something like this a reality you need to be committed to it. Then, in an instant, be able to accept that you lost it.

This was the case here. This beautiful model was taken up for a nice flight when a mini disaster struck. According to the description in the video, the car near the runway was not given clearance to pass. What this means is that the pilot was not expecting to see anything in his periphery when he was focusing on his flying.

While making a pass over the road he quickly glanced over at the car and his model took an immediate nose dive and crashed. That’s the time it takes for something like this to happen. One second you’re flying, the next you’re picking up the pieces of something you’ve worked so hard to build.

All Rc fliers know the golden rule though; “if you can’t afford to lose it then don’t fly it.”