Pilot Gets Lift At The Absolute Last Second 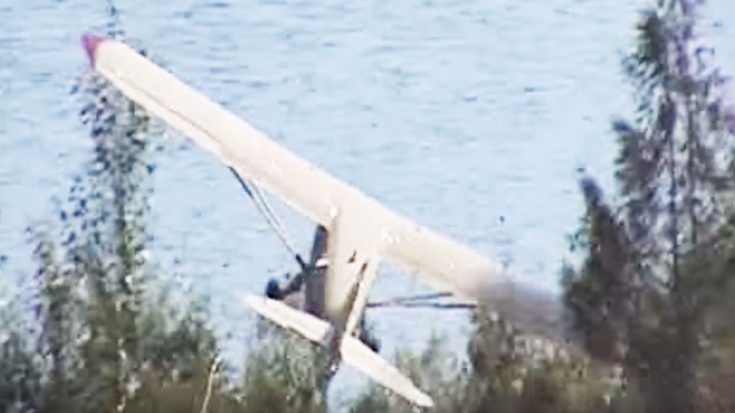 This little gem was hidden in the depths of Youtube. We went through dozens of “related” videos when looking for something specific and arrived at this point. Not very well known, this video should be a watched by anyone who loves aviation. It’s a clear example of what not to do.

What this comes down to is this. Some lucky soul took his/her Stinson 108 up for a stroll from what it looks like a backyard. According to some Youtube commenters, and yes, we’ve researched it, it’s actual Raven Field in Duncan, British Columbia. A mountainous region, it’s no surprise this is considered a runway.

Anyway, the pilot takes off at seriously the last second. We’re no pilots, but looking at the comments and analyzing it ourselves, it looks like he didn’t have his flaps down and the plane was either underpowered or overloaded.