Pilot Did Impossible Stunts With This An-2 Colt, But Got Himself Suspended 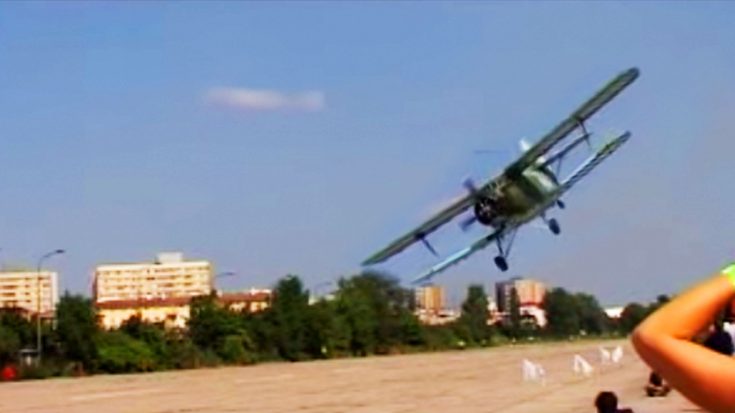 Russia’s Antonov An-2s didn’t make production in time to be part of World War II, as they were first flown and produced in 1947. They were however in production for over five decades, Russia pumping out over 18,000 of them until 2001.

Named “Annushka”, this utility/agricultural biplane was dubbed “Colt” by NATO. It’s a simple plane that was made for troop transport and is quite the workhorse, but from what we read, it wasn’t exactly meant for stunt flying. This video shows otherwise though.

The best part comes at about 1:07 into the video, where this fat tailed bi-plane does a loop. Pretty insane.

The video is a bit old we have to admit, as it was uploaded in 2007, but the quality is pretty decent. It was taken during an air show in Poland and the pilot decided to show people what he’s made of.

Although we could only find “hearsay” evidence of the pilot having his license suspended (only for a year), it does make sense. This plane wasn’t made for falling leaf type stunts, and if you notice, he was doing it extremely close to the spectators. We don’t know exactly what the flight regulations are in Poland, but we can bet that flying over a crowd doing what a plane is not designed to do is illegal.

Other than that, this pilot is pretty talented. There, we said it.