Pilot In Trouble Just Made A Spectacular Emergency Landing On Busy L.A. Road 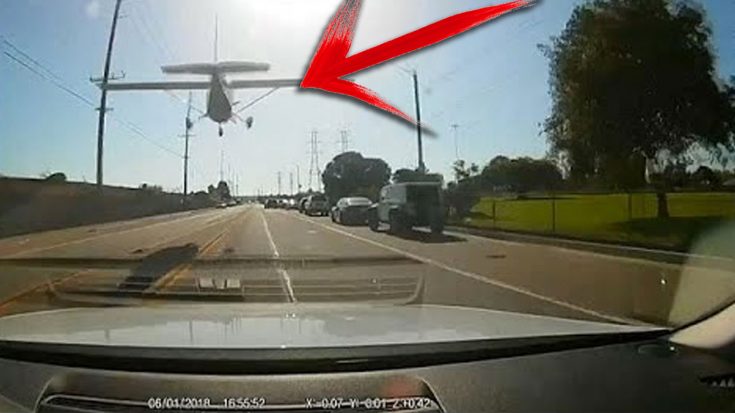 The End Result Is The Best Anyone Could Ask For.

On June 1st, 2018, drivers on Hamilton Avenue in Orange County, California, were treated to a spectacle they’d probably never think they would see in their lifetime. While on their daily commute, they saw a Cessna Skyhawk, a four-seat, single engine aircraft, landing right in the middle of the street.

We were lucky enough to find some footage of the incident which we placed below this article. One shows a driver passing by the already stopped aircraft on the road, with police on the scene taking statements. The video that is really mindblowing, at least to us, is the footage from the dashcam of one of the drivers on that road. He managed to capture the aircraft actually flying over his car and landing in front of him.

As of now, the pilot has not been identified. Authorities only stated that the pilot was female and “extremely calm” when they spoke to her. She only told police her engine gave out and she needed to land as soon as possible, this road being her best option.

There were no injuries reported as a result of this incident.

The FAA and NTSB are investigating the emergency landing and are expected to release a full report shortly.