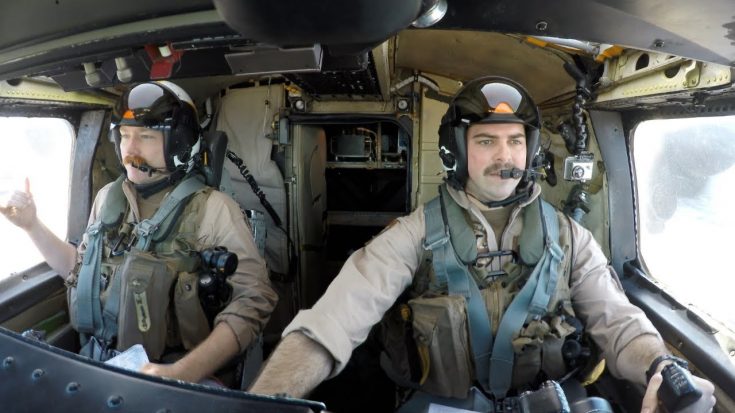 Have you ever seen a mustache so amazing that it blew the door off the cockpit? Well, this guy in the video just did!

Youtuber Rob Roy and his co-pilot were US Naval aviators who got to experience flying the legendary C-2 Greyhound. The Greyhound is a twin-engine, high-wing cargo aircraft that primarily does carrier on-board delivery for the United States Navy. According to Roy, it was quite common for most Navy pilots to grow mustaches while underway on deployment.

After checking if everything was in place, and they got an ‘all clear’ signal from the plane director, they soon took off on such a short runway, blowing the cockpit door open as a result. But Roy was so convinced that his co-pilot’s epic mustache did it!

What do you think about this awesome mustache crew?