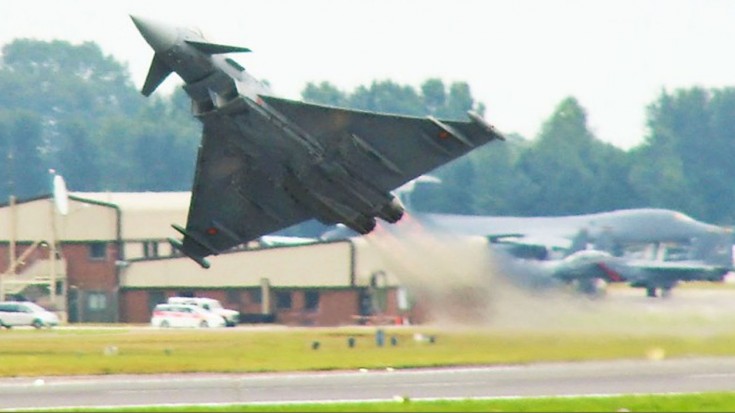 This incredible incident occurred some years ago as you can tell by the quality of the footage, but it’s intense nonetheless. One second here or there and this could have been one bad airshow, but the pilot didn’t give up and trusted the power of his Typhoon.

As you’ll see, after performing barrel rolls, the pilot goes for a turn and a loop, but when he exits it the plane seems to almost stall. It sort approaches the ground as if it was going to belly flop, the spectators breaking out with an “oooooooo!”

Although the maneuver is standard and could have been planned to be that low, it might have been too close for comfort. Just eyeballing it, it looks like the jet is about 15-25 feet of the ground or so. Correct us if we’re wrong, but that’s pretty close.

The pilot kept composed though. As his plane was literally falling from the sky, he cranked the thrust as you’ll be able to hear and pulled back on the stick. The Typhoon went nose up and started gaining altitude, but we would really want to know whether or not he had one hand on the ejection handle.