Pilot Of Today’s Horrific Crash Actually Made It Out Alive 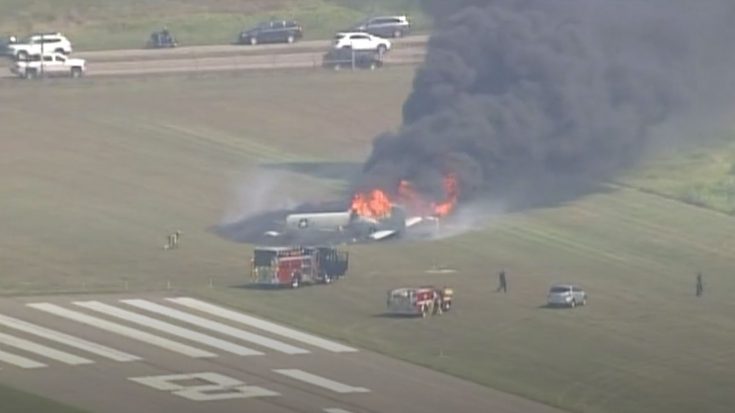 On Thursday, August 23rd, 2018, a T-28 Trojan built in 1955 crashed in a field right next to Anoka County-Blaine Airport in Minnesota. The scene of the crash looked horrendous as the aircraft caught fire and one could not make out where the cockpit was.

Local fire engines quickly came to the scene of the crash and put out the fire. It’s also been reported that a passerby immediately helped the pilot out of the wreckage and was then airlifted to the hospital with multiple injuries. As of now, his condition is unknown.

The passerby who helped was quoted saying, “It’s pretty gruesome to come up to a guy and he is still on fire and you’re trying to get the fire off of him.”

And there goes the tail of this 1955 T-28 Trojan. Pilot Chuck Cook remains in Critical condition. The veteran aviator is lucky to be alive after this fiery crash. pic.twitter.com/rZJZipDpHH

According to report, the pilot was 65 years-old with over 20 years of experience, indicating pilot error was most likely not the cause of the crash. Right now, he’s being treated at the Hennepin County Medical Center.

Local news reported this was the first plane crash at that airport in many years.

UPDATE: The pilot’s name is Chuck Cook and he’s in critical condition but lucky to be alive according to most recent reports.